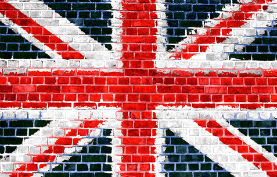 For the past several years, the UK government has published findings from its Online Copyright Infringement (OCI) tracker, which measures the level of online copyright infringement carried out by people 12 years or older.

This morning the UK Intellectual Property Office published the eighth wave of research.

The study found that 15% of UK Internet users aged 12+ (around 6.5 million people) consumed at least one item of online content illegally in the three month period to March 2018.

In common with previous years, the main content areas covered were music, film, TV, software, eBooks and video games. An additional category of ‘sports content’ was added this time around, something which increased overall infringement by 0.9%.

Who are the infringers?

“Looking at infringers of any of the six key content types, those who downloaded or streamed/accessed content illegally were skewed towards those aged under 35 (making up 66% of all infringers). It was also slightly skewed towards men (58%),” the IPO reports.

In terms of movement, there is again good news and bad news.

Reasons for infringement and deterrance

“Reasons for infringing remained largely similar to those given in 2017. ‘Convenience’ (41%) drops slightly and is overtaken once again by ‘it is free’ (44%),” the IPO reports.

“‘It means I can try something before I buy it’ and ‘because I can’ see a further significant decline to 15% and 13% respectively.”

The top reasons cited by respondents for not infringing in future were “if legal services were cheaper” (22%) and, somewhat surprisingly, “if it was clearer what is legal and what isn’t” (21%). These were followed up with better legal availability of content (18%) and more timely delivery (16%).

Supporting similar conclusions in research elsewhere, the study found increasing use of premium legal services among infringers and non-infringers alike.

65% of those who consumed any of the six content types during the three-month sampling period paid for at least some of it, up from 60% in 2017. Contributing to that figure is the proportion of infringers who also use Netflix, for example, which increased from 29% in 2017 to 33% in 2018.

In common with previous years, only a small number of people declared that piracy is the only option for them. These ‘hardcore pirates’ made up just one in ten of infringers.

When looking at all types of content consumption the survey found no significant shift, with 58% of respondents claiming to have done so in the sampling period, down slightly on 2017 levels.

“Despite no changes in the overall consumption level within the ‘past three months’, differences across content types can be seen,” the IPO notes.

“Looking at the proportion of individuals consuming within our categories the streaming of films continues to rise significantly (from 26% to 28% in 2018). TV programmes, on the other hand saw a significant decrease in both downloading and streaming, leading to an overall decline in consumption.”

Also of interest is the shift towards premium services and how that has affected those available for free.

“Although usage of premium services like Netflix and Now TV have increased significantly, free services like BBC iPlayer, ITV Hub and All 4 have all declined, leading to a net reduction. YouTube continues to see increased usage overall with over half now using the service,” the report notes.

“The proportion of people who only consume free content continues to fall as more services move to premium models. This is an indication that people are chasing the best content and are willing to pay for ease of access to it.”

When looking at spending per consumer, the figures are largely the same, with £74 in 2018, down £1 on 2017’s level. This, the IPO concludes, could be down to the decline in physical content purchases and flat-rate subscription service use.

The report’s findings were cautiously welcomed by Sam Gyimah, Minister for IP.

“The variety of legitimate services now available to consumers is extraordinary and our world-leading creative industries have made great strides in meeting the demands of viewers and fans, so there really is no excuse for the ongoing use of illegal services,” Gyimah said.

“Today’s findings are a positive step forward in stamping out online copyright infringement, but we cannot afford to be complacent. We are committed to tackling piracy and helping this vibrant sector go from strength to strength through our Creative Industries Sector Deal, a major part of our modern Industrial Strategy.”

The survey, funded by the UK Intellectual Property Office (IPO) and undertaken by Kantar Media, can be found here.

from TorrentFreak https://ift.tt/2MPaEXp
via IFTTT
Posted by papampi at 5:37 AM