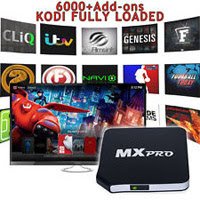 Both companies sold Kodi-based devices that were configured to receive copyrighted content, including that for which Sky TV holds the rights.

Last November, the Christchurch District Court handed down an interim injunction against FibreTV based on the terms sought by Sky TV. The broadcaster was also awarded costs.

“The distributors pay nothing to the creators of the movies, TV and sports content, and simply cream off their fee, often in the hundreds of dollars,” said Sky spokesperson Kirsty Way.

“The court will liaise with Sky and Fibre TV lawyers to allocate a fixture for the summary judgment application in 2018.”

There are two key points in the case against Fibre TV.

Firstly, whether the company’s marketing claims surrounding its devices’ capabilities and legal status were misleading and deceptive, and secondly, whether the provision of addons that provide access to infringing content amounts to “authorization” under the Copyright Act 1994.

In an announcement this morning, Sky TV claimed victory against Fibre TV. The company said that the Christchurch District Court had determined that the company’s marketing had indeed been misleading. (An example of how the company operated was reported on Reddit last year.)

Fibre TV advertised itself as having “all of the content with none of the fees,” something which Judge MacAskill found to be in breach of the Fair Trading Act. The Judge further ruled that the sale of these “pre-loaded” devices to the public amounted to copyright infringement.

“It is great to have this matter clarified, as we were concerned that New Zealanders were buying these boxes under the false impression that they were legitimate – it simply wasn’t true,” says Sky TV General Counsel Sophie Moloney.

“Piracy is an ongoing problem for everyone in the content and creative sectors. Recent research shows that almost a third of New Zealanders are pirating, some as regularly as weekly, with one in ten saying it’s the way they ‘normally’ access content.”

According to Sky, around 100,000 Kiwis regularly use Kodi software to access TV, movies and sport without paying for that content. Some, the company says, have been duped into believing that is legal by companies including Fibre TV.

“[W]e just want to highlight to New Zealanders that ‘Kodi boxes’ like the Fibre TV ones breach copyright and do not have a legitimate place in our market,” Sky concludes.

The Court will now decide what happens to Fibre TV and their devices but in the meantime, the company seems in no mood to play it calm.

A representative told Stuff that it was not aware of Judge MacAskill’s ruling and the company was still waiting on a court date. When that arrives, the spokesperson predicted that Sky would not prevail.

“We intend to wipe the floor with Sky TV,” the company said.

Back in April, My Box NZ, another company being sued by Sky for selling piracy-configured Kodi devices, announced that it had been sold to a Chinese investor.

The High Court is yet to rule in the MyBox matter, but it’s Sky’s position that since its action is against both My Box NZ and founder Krish Reddy, the case will continue.

from TorrentFreak https://ift.tt/2u8b0l0
via IFTTT
Posted by papampi at 1:19 AM