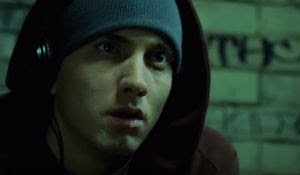 While Kim Dotcom remains embroiled in the largest copyright battle New Zealand has ever seen, the country’s National Party is facing ‘infringement’ problems of its own.

In 2014 Eminem’s publisher took the National Party to court over alleged copyright infringement of the rapper’s track Lose Yourself in an election campaign video.

At the time, the party was led by then Prime Minister of New Zealand John Key, who’s seen as Dotcom’s nemesis. In common with the Megaupload case, the dispute between the National Party and Eminem’s publishers is still dragging on.

The National Party didn’t simply use the song without paying for it. They actually sought professional advice before starting the campaign and licensed a track called Eminem Esque, which is the one they used in the ad.

The party hoped to avoid more expensive licensing fees by using the knock-off song, but the High Court previously ruled that the similarities between Lose Yourself and Eminem Esque are so significant that it breached copyright.

Last fall the Court ordered the National Party to pay $600,000 for the copyright infringement, a number neither side is happy with.

During a hearing at the Court of Appeal in Wellington today, Eight Mile Style and Martin Affiliated, both copyright holders to the Eminem track, requested an increase in the damages amount.

Stuff reports that, according to their lawyer Garry Williams, the compensation should be proper and fair. Since the track was used in a political campaign, the National Party should pay more, he argues.

The rightsholders’ lawyer further noted that they previously denied the use of the track on a different political campaign, noting that a possible refusal to grant the license should increase the damages award.

While the Court increased the damages amount for political use, there was no concrete evidence the licenses for this type of use are higher.

For its part, the National Party argues that the $600,000 damages award should be lowered. While it was happy to license the knock-off song ‘Eminem Esque’ for $5,000, this doesn’t mean it would have paid hundreds of thousands to license it.

In addition, the party sought advice from a licensing expert before using the track. If the damages stand, it will try to pass on liability to those involved in arranging the licensing deal.

The Court of Appeal will release its verdict at a later date. Eminem himself is not a party to the lawsuit.

For those who are wondering if the music used in the National Party’s ad campaign is indeed similar to the original Eminem track, a copy is available below.