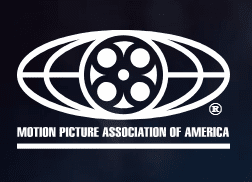 Early June, the National Telecommunications and Information Administration, the agency that acts as the President’s principal adviser on telecommunications policies, requested comments for its Inquiry on International Internet Policy Priorities.

“Recognizing the vital importance of the Internet and digital communications to U.S. innovation, prosperity, education, and civic and cultural life, NTIA has made it a top priority to encourage growth and innovation for the Internet and Internet-enabled economy,” NTIA wrote.

“Towards that end, NTIA is seeking comments and recommendations from all interested stakeholders on its international Internet policy priorities for 2018 and beyond. These comments will help inform NTIA to identify priority issues and help NTIA effectively leverage its resources and expertise to address those issues.”

The MPAA has responded with a 38-page document detailing what it believes to be key issues facing the Internet and its users. It makes for interesting reading.

The first issue, to which the movie group dedicates close to half of its response, centers on online platforms being shielded from responsibility for harms stemming from use of their services “even though most other businesses can be held culpable for such harms in similar circumstances.”

The MPAA doesn’t mention any particular platforms by name but it can be safely assumed that Google, YouTube, Facebook and similar services are in the crosshairs when it says that positive aspects of these sites are “increasingly clouded” by bad actors using them as “powerful tools for harmful and illicit ends.”

So what can be done? The MPAA says it’s not advocating for any particular solution but notes that it could be as simple as platforms agreeing to become more accountable while dealing with abuse on a voluntary basis.

Claiming that dominant online platforms are facilitating everything from intellectual property theft to malware propagation, cyberespionage, sales of drugs and trafficking of minors, the MPAA says that platforms themselves are best placed to get their own houses in order.

“The rationale is that the responsibility for harm prevention is more appropriately borne by the businesses than the customers who might be harmed, or that the businesses should at least take a prominent role in mitigating risk,” the MPAA notes.

“Often, businesses that serve as ‘platforms’ for illegal activity are better situated — and have more expertise and resources — to identify potential problems and take precautionary or remedial measures.

“They can more readily avoid what could be catastrophic consequences for the individuals, as well as help absorb what could also be catastrophic costs. And since the businesses are profiting from the public marketing of goods and services, there is an equity in expecting them to take on certain responsibilities and act with a requisite amount of care.”

Given past criticisms, the MPAA’s submission seems keen to dispel what it sees as the misconception that online enforcement is incompatible with free speech and the free flow of information.

Tackling the illegal activities detailed above is no more a violation of free expression online as it is in the physical world, the group notes, adding that platforms that refuse to deal with these problems are actually operating counter to these ideals.

“In fact, curbing such illicit activity promotes free expression by creating a safer, virtual forum where individuals feel comfortable to engage and communicate. In this sense, it is leaving lawlessness and bullying unchecked that is chilling free speech,” the MPAA adds.

Most websites benefit from having a memorable domain name and pirate sites are no different. The MPAA believes that illegal sites shouldn’t have access to domain names and asks the NTIA to do whatever it can to prevent that from happening in future.

“[W]e hope the NTIA will help ensure ICANN, registries, and registrars are enforcing obligations that prohibit domain holders from using domain names in connection with illicit conduct. Doing so is critical to ensuring the multistakeholder model maintains the security, stability, and resiliency of the internet domain name system,” the MPAA writes.

The Hollywood group says that the contractual obligations for this to happen already exist, created through the multistakeholder process, in some cases as far back as 2001. Mechanisms are in place to prohibit domain name holders from using domains for unlawful activity, including via suspensions after a review process.

“Failing to enforce these provisions jeopardizes the credibility and accountability of ICANN and the multistakeholder governance model, and invites government intervention,” the MPAA warns.

Another thorn in the side of the MPAA is the current state of access to WHOIS data. The group urges the NTIA to advise Congress on legislation that will ensure the collection of accurate WHOIS data while providing access to such information in appropriate circumstances. The MPAA says that WHOIS data is a “cornerstone of online accountability”, one which assists with public safety, consumer protection, dispute resolution, and enforcement of rights.

Access to this data is currently under threat, not least due to the requirements of the EU’s General Data Protection Regulation (GDPR). The MPAA reports that its inquiries into 30 pirate site related domains in June yielded WHOIS data for just one, with all others denied, refused without a court order, or hindered by a domain privacy service.

“Except for the data behind privacy proxies, this information would ordinarily have been public, and even in privacy proxy cases, we sometimes had agreements in place to gain access to the underlying information to address piracy issues,” the MPAA says.

In conclusion, the Hollywood group is calling for a GDPR-compliant framework that allows access to WHOIS records for legitimate purposes such as intellectual property rights enforcement.

The rise of illicit online streaming is showing few signs of slowing down so it’s no surprise that the MPAA is seeking assistance from the NTIA on this front. Specifically, the MPAA wants to see strong measures taken against those who promote and/or distribute so-called “fully loaded” set-top devices that are pre-configured for infringing purposes.

Given its track record of equating online piracy with other crime, it’s no surprise that the MPAA leads with the claim that pirate sites help to spread malware “into living rooms” due to the prevalence of streaming piracy devices.

“The issues relating to illegal streaming sites, devices, and applications — as well as the surrounding piracy ecosystem more generally — are thus closely linked to broader issues of cybersecurity. Combatting the former may well make significant contributions toward the latter,” the MPAA advises.

Highlighting the only major security event in recent memory (which was quickly fixed, incidentally), the MPAA makes much of an exploit that targeted how some media players handled subtitles. Last month the MPAA’s affiliates promised to detail more security issues but thus far has failed to deliver.

But aside from the somewhat transparent effort to paint pirate consumers as vulnerable victims, it’s clear that the main aim of the MPAA is to starve pirate operations of both cash and exposure by targeting everyone from sellers, payment processors and advertisers, to domain and hosting providers.

On top, it also wants some heavy-duty action by the authorities. The suggested targets are likely to send a shiver down the spines of many involved in the third-party Kodi addon community.

“Combatting the growth of streaming piracy requires coordination among all parties in a position to make a difference, including civil and criminal actions against creators of pirate add-on software and the repository websites that host them, against distributors of the preloaded devices, and against the entities streaming the content.”

As part of the Alliance for Creativity and Entertainment, the MPAA is already undertaking civil action against various pirate box vendors. However, what it really wants is for the government to bring deterrent criminal prosecutions in order to shock some offenders away from the market.

Citing the shutdown of Megaupload and a reported 6.5 to 8.5 percent increase in digital sales for three major studios in its wake, the MPAA says that similar results could be achieved if the government took a more active role against players in the streaming market.

“We would welcome the NTIA’s voice in urging its sister agencies to bring criminal actions, as well as its consulting with the Customs and Border Patrol about the possibility of interdiction of illicit streaming devices entering the country from abroad,” the MPAA concludes.

from TorrentFreak https://ift.tt/2JRiYnp
via IFTTT
Posted by papampi at 9:17 AM