UK Could Force Google to Tackle Piracy, By Law if Necessary 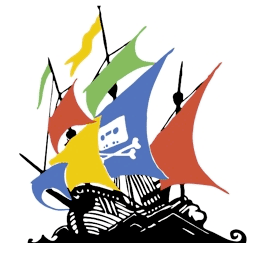 Copyright holders and search engines such as Google are not on the best of terms when it comes to links to infringing content appearing in search results.

The former wants the latter to do more, despite the considerable measures already in place. Google, until now at least, has insisted it’s doing enough.

In the UK, there have been on/off murmurings of the government stepping in to intervene, but to date, it’s been hoped that the parties will sit down and reach a voluntary agreement.

Some meetings have taken place, with the government reportedly playing a role in bringing the groups together. Then, last week, to not inconsiderable surprise, a breakthrough was reported.

During a Digital Economy Bill committee, Baroness Buscombe revealed some interesting news. Rightsholders and search engines are nearing a deal.

“Since the idea was last discussed in [parliament], Intellectual Property Office officials have chaired a further round-table meeting between search engines and representatives of the creative industries,” Buscombe said.

“While there are still elements of detail to be settled, the group is now agreed on the key content of the code and I expect an agreement to be reached very soon.”

The Baroness even gave a date – June 1, 2017 – by which the code would be in effect. However, it appears that the government is still preparing for a scenario in which the parties don’t reach a voluntary agreement.

Titled “Code of practice on search engines and copyright infringement”, a Digital Economy Bill amendment to be moved on report foresees the Secretary of State stepping in to force companies like Google into compliance.

“The Secretary of State may impose by order a code of practice (‘the code’) for search engine providers with the purpose of minimizing the availability and promotion of copyright infringing services, including those which facilitate copyright infringement by their users,” the amendment reads.

The amendment indicates that any order made in respect of the above “must include appropriate provisions to ensure compliance with the code by the providers.”

That sounds a lot like a stick being raised in the event the carrots at the negotiating table aren’t proving tasty enough. However, there appears to be some room for maneuver, even if voluntary discussions break down.

Before imposing any anti-piracy code, the Secretary of State will publish a draft code and consider submissions made by search engine providers, rightsholders and their representatives, plus any other interested parties.

At this point, however, some level of control will have already slipped away from the search engines, so it seems likely that reaching a voluntary arrangement would be preferable to all, if things are to avoid becoming messy.

Currently, there is no public record of what Google and its counterparts have agreed with the copyright holders, and the search engine is ignoring requests for comment on the topic. Furthermore, there is no clear idea of what the government might seek to impose, should negotiations fail.

In any event, legislation to force search engines to take broad action against allegedly infringing content would be unprecedented, especially when it includes the rather vague notion of taking action against “[sites that] facilitate copyright infringement by their users.”

That could include YouTube for instance, or even Google itself.

from TorrentFreak http://ift.tt/2lgDVjh
via IFTTT
Posted by papampi at 2:08 AM