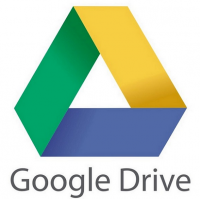 There a thousands of options for people who want to store files online and Google Drive is one of them. The cloud hosting service allows users to store all content imaginable, videos included.

Whether it’s wise or not, some people even use Drive to store pirated files. This usually doesn’t cause any problems but when they’re shared in public, alarm bells may start to go off.

This week we received a tip from a reader who was unable to share a link to a screener copy of a Hollywood blockbuster. Instead of a public link, Google drive warned that sharing the file in question could violate its terms of service.

Through a follow-up test, we were able to replicate the result. Google Drive didn’t specify what the violation was but instead linked to information about the DMCA takedown procedure as additional information.

So what’s going on here? We contacted Google directly to find out more about the process involved, and how files are flagged as copyright-infringing. Unfortunately, the company wasn’t very forthcoming.

“We don’t comment on the details of our anti-abuse mechanisms on Drive,” a Google spokesperson replied.

Luckily, we were able to find some more information in a transcript from a Copyright Office Roundtable that took place in San Francisco last year. Here, Google was asked about its anti-piracy policies.

During the discussion, Fox Entertainment Group’s Elizabeth Valentina pointed out that several prominent piracy platforms use Google as a video host, as we previously highlighted as well. She then added that hash filtering could make a huge difference here.

“I just want to note that, contrary to Ms. Valentina’s statement or suggestion, Google Drive does hash matching. So we do that, another voluntary measure,” Von Lohman said at the time.

No concrete details were provided, but it’s likely that Google Drive records the hashes of content for which they receive valid takedown requests. These hashes are unique to the file in question, which makes it possible to identify copies accurately.

If other Google Drive users then attempt to share a copy of the same file, they are blocked from doing so. However, merely storing the file in a private Drive account doesn’t raise any red flags.

Hash filtering is not something new for cloud-hosting services or even Google. Dropbox, for example, has had a similar system in place for several years, and YouTube’s Content-ID system also relies on hash filtering.

That said, the Google Drive equivalent isn’t well known to the public, or even rightsholders, it seems.

from TorrentFreak http://ift.tt/2lCvNHm
via IFTTT
Posted by papampi at 10:13 AM