Former Prime Minister Admits to Being a Movie Pirate 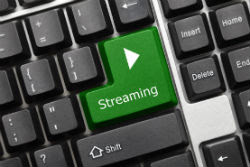 Two to three decades ago, being a music, video or software pirate had virtually no social stigma attached at all. Pirate cassettes of all kinds were swapped in public and you’d be hard pressed to find anyone who cared.

These days, however, things are somewhat different. While piracy is still widespread, it’s likely that someone will be around to tut, actively complain, or even report the activity, especially if it happens online.

That’s the result of years of hard work by copyright holders, who have elevated the act to “serious business” status within the governments of most developed nations. As a result, most politicians now speak of piracy in negative terms, in public at least.

For former Croatian Prime Minister Zoran Milanovic, however, talking about piracy in a presumed private situation turned out to be risky business.

It all went south when Milanovic was telephoned by prank-call show “U Zdrav Mozak” (“In Healthy Brain”), which is a shortened version of a local phrase meaning to screw with someone. The show takes delight in messing with famous people and last week it was the turn of Croatia’s former prime minister.

Milanovic is currently in between jobs and is reportedly looking to become a business advisor. As a result, show host Davor Jurkotic called Milanovic pretending to be Mark Russinovich, CTO of Microsoft Azure.

Around three minutes into the conversation the topic turned to movies, with “Russinovich” saying that he watches them when out of work. At this point, Milanovic revealed he likes to do the same.

“As a rule, I watch them through these pirate apps. I shouldn’t say that… but… Moviebox, Cinemabox…,” Milanovic said, referring to the popular pirate tablet and phone applications.

Continuing the conversation, the fake Mark Russinovich said that using those apps is illegal.

“But that is a felony, Mr Milanovic. You shouldn’t be doing that,” he said.

Switching to English, Milanovic – who trained as a lawyer – indicated that he felt otherwise, with an offhand “Well, it’s like…”

Of course, “Russinovich” was happy to keep up the charade.

“In England, if they found out, especially if you were the Prime Minister, they immediately come and knock on the door,” the host warned, rapping his knuckles on the table for effect.

But Milanovic had other ideas about how things might go down.

“Yeah, right! And what if the app isn’t mine, if the iPad isn’t mine?” he said. “You know what I’ll tell you? I think I have maybe two parking violations. I am the man who respects the law of the land.”

After a conversational diversion for a couple of minutes, the discussion returned to piracy. And it turns out that the former prime minister understands his pirate politics.

“But this is something that is still developing, ethically and legally,” he said.

“In Sweden, you have a Pirate Party, in Sweden that is a more organized/regulated country than the USA. And they [Pirate Party] got 12% at the elections. So what is moral these days?”

While it would’ve been good to hear more on the piracy front, the prank eventually came to an end when the fake Russinovich said that Microsoft wanted to invest in speedboats that can travel underwater and also fly.

“This is U Zdrav Mozak, right?” Milanovic guessed, bursting into laughter.

So a good sport it seems, as well as a secret pirate admirer.

from TorrentFreak http://ift.tt/2lbeI6Z
via IFTTT
Posted by papampi at 2:00 AM