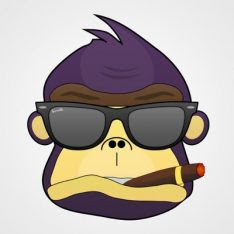 For several decades, mixtapes have formed an integral part of the hip-hop culture.

In the eighties and early nineties this was mostly done through cassettes, later followed by CDs, and in the present day and age a mixtape often comes in the form of MP3 files.

One of the most popular mixtape portals on the Internet today is Spinrilla. The service, which allows users to stream and download tracks through its website or mobile apps, has hundreds of thousands of users per month.

Although Spinrilla notes that its takes “copyright infringement very seriously,” this couldn’t prevent the service from running into legal trouble.

A group of well-known labels is now targeting the site over alleged copyright infringement. The coalition of record labels including Sony Music, Warner Bros. Records, and Universal Music Group have filed a lawsuit against Spinrilla.

In the complaint (pdf) submitted to a Federal Court in Georgia late last week, the labels describe Spinrilla as a business that facilitates copyright infringement. the site allegedly offers more than 21,000 tracks of artists such as from Kendrick Lamar and Kanye West, without permission of the owners.

“By offering free access to copyrighted content, Defendants drive a tremendous and growing number of visitors to their website and apps. Spinrilla.com receives nearly two million visits a month, a majority from U.S.-based visitors,” the labels write in the complaint.

“The Spinrilla apps have been downloaded millions of times. Users like Spinrilla’s service for obvious reasons. To quote one reviewer of the Spinrilla app: ‘It has all the hot music for free,” they add.

The labels estimate that the Spinrilla Android app has been downloaded and installed between 5 and 10 million times. This means that it’s among the most popular music apps offered on the Google Play store, ranking higher than Apple’s Music app, the Amazon Music app, and the SiriusXM Radio app.

This isn’t the first time that the RIAA labels have gone head to head with a website that offers music for free. However, Spinrilla is not your typical “shady” MP3 download portal.

The service was founded by Dylan Copeland from Atlanta and is incorporated in the United States. The company earns money through advertising and recently partnered with AOL to optimize its revenue, with success.

“Video has proven to be the highest paying & most engaging form of ad for us without ruining the user experience. Users understand that they’re getting access to free streaming music, so one video ad every 60 minutes isn’t seen as a problem,” Copeland comments in a case study AOL published.

According to the RIAA, however, it is clear that Spinrilla has crossed a line by offering copyrighted music without permission. They hope the labels will be properly compensated through the lawsuit and that an injunction will pull it offline swiftly.

“Spinrilla specializes in ripping off music creators by offering thousands of unlicensed sound recordings for free,” the RIAA said in a public statement, which HWR first reported.

“Fans today have access to millions upon millions of songs from innovative platforms and services that pay creators — this kind of illicit activity has no place in today’s music marketplace.”

Spinrilla itself has yet to comment on the case.

from TorrentFreak http://ift.tt/2kdUPLF
via IFTTT
Posted by papampi at 8:07 AM