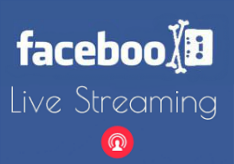 A week ago hundreds of thousands of people watched unauthorized Facebook live streams of a highly anticipated rematch between two Aussie boxers.

Pay TV channel Foxtel, which secured the broadcasting rights for the event, was outraged by the blatant display of piracy and vowed to take the main offenders to court.

This weekend, however, things had calmed down a bit. Foxtel did indeed reach out to the culprits, some of whom had more than 100,000 people watching their unauthorized Facebook streams. The company decided to let them off the hook if they published a formal apology.

Soon after, the two major streaming pirates in this case both admitted their wrongdoing in similarly worded messages.

“Last Friday I streamed Foxtel’s broadcast of the Mundine v Green 2 fight via my Facebook page to thousands of people. I know that this was illegal and the wrong thing to do,” streamer Brett Hevers wrote.

“I unreservedly apologize to Anthony Mundine and Danny Green, to the boxing community, to Foxtel, to the event promoters and to everyone out there who did the right thing and paid to view the fight. It was piracy, and I’m sorry.”

But that doesn’t mean that the streaming piracy problem is no longer an issue. Quite the contrary. Instead of investing time and money in legal cases, Foxtel is putting its efforts in stopping future infringements.

In an op-ed for the Herald Sun, Foxtel CEO Peter Tonagh likens piracy to stealing, a problem that’s particularly common Down Under.

“It is no less of a crime than stealing a loaf of bread from a supermarket or sneaking into a movie theater or a concert without paying. Yet, as a nation, Australians are among the worst offenders in the world,” Tonagh writes.

Foxtel’s CEO sees illegal live streaming as the third wave of piracy, following earlier trends of smart card cracking and file-sharing. The Facebook piracy fest acted as a wake-up call and Tonagh says the company will do everything it can to stop it from becoming as common as the other two.

“Rest assured we will work even harder to address this piracy before it gets out of control. The illegal streaming of the Mundine v Green fight nine days ago was a wake-up call. It was the first time that Foxtel had experienced piracy of a live event on a mass scale,” he notes.

Over the past several days, Foxtel and Facebook have been working on a new technology which should be able to recognize pirated streams automatically and pull them offline soon after they are started. This sounds a lot like YouTube’s Content-ID system, but for live broadcasts.

“We are working on a new tool with Facebook that will allow us to upload a large stream of our events to Facebook headquarters where it can be tracked,” Tonagh tells The Australian behind a paywall.

“If that content is matched on users’ accounts where it’s being streamed without our authorisation then Facebook will alert us and pull it down,” he adds.

The initiative will be welcomed by other rightsholders, who face the same problem. Having an option to have Facebook recognize infringing content on the fly, is likely to make it much easier to stop these streams from becoming viral.

That said, live streaming piracy itself is much broader and not particularly new. There are dozens of niche pirate site that have been offering unauthorized streams for many years already, and they’re not going anywhere anytime soon.

from TorrentFreak http://ift.tt/2l8HVCB
via IFTTT
Posted by papampi at 12:28 PM