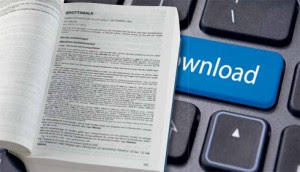 As illustrated by the ruling handed down against ISP Bredbandsbolaget by the country’s Patent and Market Court of Appeal this week, piracy is still considered a big problem in Sweden.

Despite better access to legal services such as Spotify and Netflix, some citizens still prefer to get their fix from pirate sites. Whether that’s via The Pirate Bay and torrents or newer streaming-based portals, piracy is still a popular route for obtaining media.

According to figures just released by media industry consultants Mediavision, in January 2017 almost a quarter of all Swedes aged between 15 and 74 admitted either streaming or downloading movies from ‘pirate’ sites during the past month.

Perhaps unsurprisingly, the tendency to do so is greater among the young. More than half of 15 to 24-year-olds said they’d used a torrent or streaming site during December. When concentrating that down to only young men in the same age group, the figure leaps to 70%

Mediavision has been tracking the piracy habits of Scandinavians since 2010 and actually reports an overall increase in piracy over the past seven years. However, piracy levels have remained relatively static during the past three years, with roughly 25% of citizens admitting to engaging in the practice.

The company, which previously reported on the activities of Popcorn Time users, says that illegal consumption of media is far more prevalent in Sweden than in the neighboring Nordic countries of Norway, Denmark and Finland.

“The ruling against Bredbandsbolaget is a big thing in this context,” says Natalia Borelius, Project Manager at Mediavision.

“The measures taken to date, with, for example, shutting down illegal websites, has been shown to have limited effect on illegal consumption. In Finland and Denmark, where site blocking has been in place for years, piracy is less than half as prevalent as in Sweden.”

As a result of this week’s decision, rightsholders now have the opportunity to obtain injunctions against all Swedish Internet service providers, barring them from providing customer access to not only The Pirate Bay, but other allegedly infringing sites worldwide.

While this may have some effect on the habits of casual pirates, it remains to be seen how the masses respond. Blocking a couple of sites via one ISP certainly won’t have the desired effect, a conclusion supported by various studies (1, 2). Expect more blocking then, sooner rather than later.

from TorrentFreak http://ift.tt/2lpNVab
via IFTTT
Posted by papampi at 3:53 AM