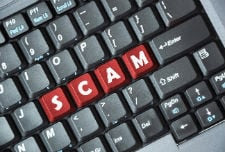 For more than a decade copyright holders have been monitoring unauthorized downloads.

Traditionally this have resulted in harmless takedown notices but increasingly, these warnings are being turned into settlement demands or automated fines.

Rightsholders in the Netherlands are planning similar action, and this week it appeared that the first mass-campaign had gone live. Yesterday, several people received a letter in the mail which accused them of illegal downloading.

The letters in question were sent in the name of local distributer Dutch Filmworks and each quotes a standard fine of 150 euros per download. Adding in a classic conversion trick, those who pay within eights days only have to cough up €52.74.

The letters look pretty legitimate, especially to people who are unfamiliar with these type of demands. However, the fact that several crucial details are missing, including an IP-address and the name of the pirated movie, should set off alarm bells.

And indeed, after several people reported the apparent scam, Dutch Filmworks confirmed that they have nothing to do with these fines. To avoid any confusion, the movie distributer quickly placed a prominent warning on its website, advising recipients to trash the letters.

“There is a fake letter in circulation. This letter is NOT sent by Dutch Filmworks. Do not pay and throw the letter away,” the movie distributer warns.

While the letters look real enough to fool some people, the first mass warnings (with or without fines) have yet to be sent in the Netherlands.

When the process happens for real, things might not go as smoothly as copyright holders would like as several Internet providers are refusing to cooperate. Last month, leading Dutch Internet provider Ziggo said it had refused to voluntarily participate in the plan of local anti-piracy group BREIN, who want to send out mass warnings to pirates.

“As an ISP we are a neutral access provider. This does not include the role of active enforcement of rights or interests of third parties, including BREIN,” a company spokesperson said.

Also, if rightsholders want to obtain the personal details of alleged downloaders they will have to go to court first, which hasn’t happened thus far. Until then, it is safe to throw all unsubstantiated piracy letters in the trash.

Fake piracy fines are by no means a new phenomenon. Last year many U.S. Internet subscribers were targeted in a similar scam. In this case, the scammers used the name of a known piracy tracking outfit and rightsholders such as Lionsgate, to send fake DMCA notices and settlement demands to ISPs.

A copy of the fake letter, pictured below, was posted by Tweakers. from TorrentFreak http://ift.tt/2lgYTM0
via IFTTT
Posted by papampi at 6:48 AM