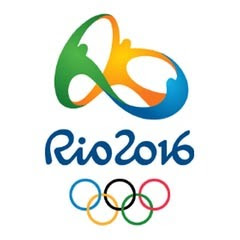 Due to their very nature, the Olympic Games are often considered to belong to the people. With competitors from every corner of the world, the Olympics is a celebration of sport on a truly global scale.

But while the utopian dream is one of beauty, the reality is that the Olympics are massively commercialized with billions of dollars at stake. And when sums of that scale hang in the balance, corporations go all out to protect their interests.

Earlier this week we reported how the International Olympic Committee (IOC) has been sending takedown requests to Twitter after Periscope users streamed Olympic events online without permission. Now it appears that people much higher up the food chain have fallen foul of the strict licensing framework put in place by the IOC.

According to a report by Mexico’s Eluniversal, the Rio Organizing Committee has taken the decision to withdraw press credentials from Mexico’s National Commission of Physical Culture and Sports (Conade) following a copyright dispute.

The publication says that Conade violated licensing conditions put in place by the International Olympic Committee (IOC) after one of its members filmed the gymnast Alexa Moreno using a cellphone. The video was subsequently posted to social media.

According to the Committee, Conade failed to obtain the necessary rights to broadcast Olympic content, so in retaliation nine Conade members, who work for the Mexican government, had their press credentials taken away.

“The use of Olympic materials turned into animated graphic formats like GIF, GFY or WebM, as well as short video formats like Vine, are expressly forbidden,” a Committee statement reads.

While the Committee probably felt it needed to set an example, taking away the credentials of the Conade staff will be felt back home in Mexico. Conade is the arm of the Mexican government charged with promoting physical education and sport in the country. Before their punishment, they were also the conduit between the Games and their countrymen.

But while the Rio Organizing Committee punishes the whole of Mexico for the sharing of a single video, thousands of people are sharing recorded events at will on sites such as The Pirate Bay.

The real action, however, is taking place on the thousands of streaming sites currently in operation. In addition to web-browser based services, users of Kodi with the correct plug-ins have continuous access to live Olympic events, often in HD quality, no matter where they are in the world. Rio can do absolutely nothing about that.

from TorrentFreak http://ift.tt/2bqG4FH
via IFTTT
Posted by papampi at 12:41 AM