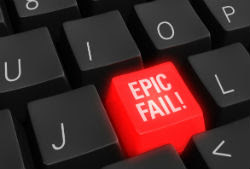 Over the past years a lot has been said about the effectiveness and accuracy of DMCA takedown practices.

The latter has been illustrated anecdotally, but we recently stumbled upon a rather worrying development that illustrates just how far anti-piracy groups are prepared to go when it comes to fabricating “evidence”.

One of the companies involved is IP-Echelon, which sends takedown notices on behalf of HBO and Paramount Pictures, among others.

Looking through their recent submissions we see notices targeting sites that allegedly distribute popular content such as recent episodes of Game of Thrones, Ballers, and Silicon Valley.

Among the sites reported are The Pirate Bay, ExtraTorrent and various lesser known sites. However, our eye was drawn to Zoink.it and Torrage.com.

The latter two have been operating as so-called torrent caches for a long time. These don’t have a searchable index of torrents, but serve as a hosting platform for torrent sites, identifying torrents by their unique hash.

For example, a torrent for an episode of Ballers that aired a few weeks ago has the hash C87000EF73557A488D5C21BF8F9FA4CC24EC0513. This file would then be available at Zoink under the following url:

We say would be, because Zoink.it was shut down at the end of 2014. The same is true for the other torrent cache, Torrage, which has been offline for quite a while as well.

However, the takedown notices IP-Echelon sends on behalf of HBO and Paramount pictures still list these sites with hashes of new torrents, which never existed when the sites were still online. 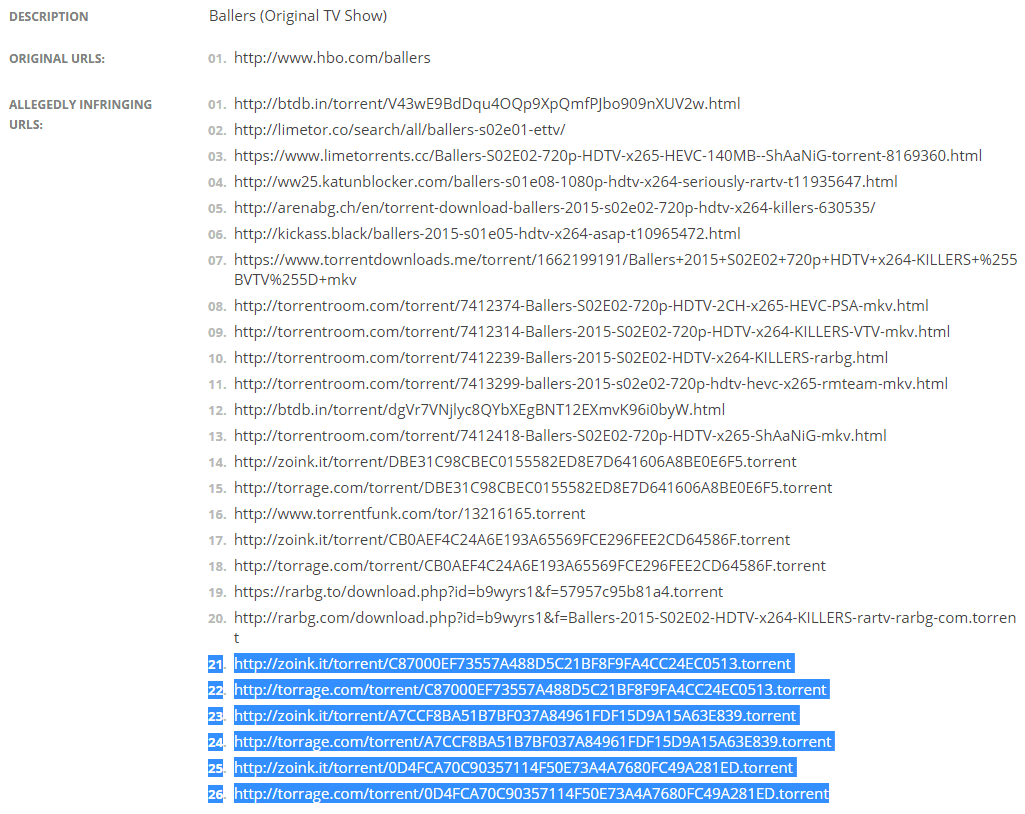 How can this be? Well, it seems obvious that IP-Echelon is fabricating URLs based on torrent hashes without checking if they even exist. This isn’t an isolated mistake either, as the company is sending dozens of these fabricated notices per month.

In this case, no harm has been done. The sites in question are offline and can’t be punished by Google’s downranking algorithm. However, the fact that they keep fabricating links more than a year after sites have disappeared, shows that there is little oversight.

TorrentFreak spoke to the former hosting provider of Zoink and Torrage who confirms that both sites remain targeted, and not just by IP-Echelon.

It’s safe to say that these anti-piracy outfits are quite sloppy, to say the least. Of course, copyright holders have the right to protect their content, but they have to play by the rules.

Making up evidence certainly doesn’t look good in this regard.

from TorrentFreak http://ift.tt/2b7ZmQD
via IFTTT
Posted by papampi at 12:01 PM