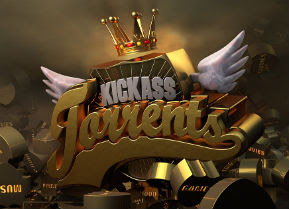 They arrested Wayne Evans, a local DJ who was involved in the online distribution of digital music. Known online as OldSkoolScouse, Evans uploaded packs of the UK’s current Top 40 Singles to torrent sites each week. They included at least 200 uploaded to KickassTorrents.

After pleading guilty during an earlier hearing, this month Evans was sentenced for copyright infringement and fraud. The 39-year-old, who had no previous convictions, was jailed for a year.

Both police and rightsholders celebrated the conviction, describing the 12 months sentence as a deterrent to others considering music piracy. But of course, among file-sharers the long-term detention of Evans was less well received and has been widely criticized online.

Now, the team behind the resurrected KickassTorrents have added their dissenting voices, slamming the sentence as a waste of time and money.

“We find the 12-month sentence of OldSkoolScouse which the judge ruled a ‘deterrent to others’ offensive in the extreme and an irresponsible waste of taxpayer resources,” the team told TF in a statement.

“One questions the motivations of the agencies and resources assigned in regards to copyright infringements whilst actual criminals walk free. Is this what our legal systems have now become?”

While Evans undoubtedly knew that what he was doing was illegal on some level, it’s unlikely he’d have expected a knock on the door from the UK’s most elite anti-piracy unit followed by a major conviction for fraud. Undoubtedly a show of force and a stern warning would’ve ensured no more uploads, but clearly the police and PRS were out to prove a point.

But herein lies the problem. Whether copyright holders like it or not, the general public simply does not see infringement as a serious crime, so when hefty sentences like this are handed out, the numbers are rarely seen to add up.

For instance, take the woman who smashed a glass into another woman’s head in an unprovoked nightclub attack in May. This November, she also received a 12-month sentence.

Another man, who regularly tortured his girlfriend and subjected her to waterboarding sessions, got the same sentence in August.

Worse still, over the past 15 years many convicted terrorists in the UK have been released after serving just 12 months in prison.

It’s no surprise at all that the public has difficulty equating the seriousness of file-sharing to these violent and obnoxious crimes and it’s hard to imagine a time when that will change. However, the authorities have clearly drawn a line in the sand, so if they wanted a deterrent, then they definitely have one here.

Finally, the KickassTeam call for solidarity and wish Evans all the best for the future.

“We urge OldSkoolScouse to appeal the case and allow justice to prevail. Now is the time for the community to show its full support and put an end to corporate greed, bullying, ransom and censorship.

“We wish OldSkoolScouse a positive outcome and know that there are millions of people globally who support you,” they conclude.

from TorrentFreak http://ift.tt/2hz9JKB
via IFTTT
Posted by papampi at 3:08 AM