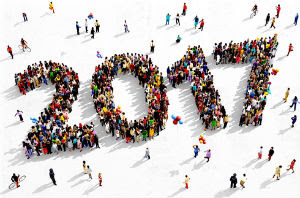 Following the latest trends is one of the main tasks at the TorrentFreak newsroom and this job continues in the New Year.

While we can’t predict the future, we are in a good position to take some wild guesses as to what 2017 has in store.

As always, The Pirate Bay is on top of the list. The site is once again the most-used torrent site on the Internet which brings along responsibilities as well as various threats.

The Pirate Bay Gets Asylum, in The Caribbean

The Pirate Bay has had its fair share of problems over the years. While the past months have been relatively quiet, our crystal ball says that it’s going to change soon.

After nearly 14 years The Pirate Bay will lose its beloved .org domain name. A few months from now copyright holders will launch a court case and obtain a subpoena against the U.S-based Public Interest Registry (PIR). PIR previously resisted a voluntary suspension but will be forced to seize the domain by court order.

With the Swedish .SE domain also at risk, The Pirate Bay is going to send a special envoy to Antigua and Barbuda, requesting virtual asylum in the Caribbean. 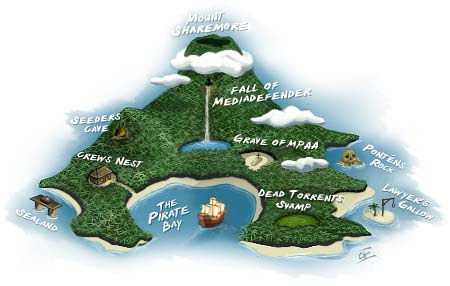 This proves to be an excellent match, as Antigua and Barbuda is still engaged in a long-running dispute with the U.S. The Caribbean nation has already threatened to lift the protection of US intellectual property rights in 2017. In addition, it toyed with the idea of starting its own pirate site.

So, it’s a no-brainer that at the and of 2017 The Pirate Bay will be operating ‘carefree’ from a brand new .AG domain name.

2017 will also be the year that Google finally runs out of patience with all the ‘copyright bullying’ that it’s endured in recent years. While the search giant initially showed good will, it will soon go rogue.

After realizing that copyright holders always come back for more, no matter what anti-piracy measures they take, Google rolls out an evil plan that has been in the pipeline for a while.

The MPAA and RIAA will have their way as Google will remove all torrent sites from its search results. Not before launching their own torrent meta-search engine, however.

Perhaps the company secretly put the founder of Torrentz.eu at the helm of this project a few months ago, which explains the site’s sudden disappearance last summer.

The torrent search engine launch won’t come as a complete surprise though. Google has had this service in beta for well over a decade, and it’s ready to stand on it own two feet now.

For several years, U.S-backed copyright holder groups have obtained site blocking orders in Europe, Australia, and elsewhere. However, in 2017 they will realize that they’ve forgotten something.

All these years they have been pointing their fingers at other countries, while pirate sites are still readily available on their home turf.

Admitting this gross oversight, MPAA and RIAA will team up to sue the country’s largest Internet providers. With billions of dollars at stake, they’ll demand immediate action.

After a short but intense legal fight, the U.S. federal court will surprisingly rule that broad website blocking goes too far. Then, copyright holders will suddenly remember why they didn’t start a case earlier.

With hundreds of millions of installs worldwide the torrent client is still one of the most popular pieces of software in history. However, in recent years its development has ground to a halt.

In a few weeks’ time it will be three years since uTorrent 3.4 was released and today it still hasn’t managed to make another 0.1 leap.

Initially, we wanted to predict the release of uTorrent 3.5 in 2017, but that would be rather wild. So let’s keep it realistic with just a 3.5 beta. 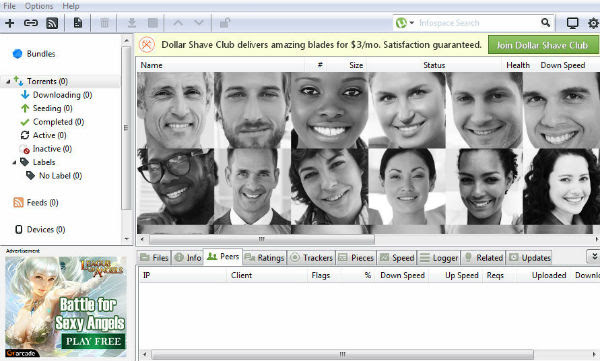 The new beta will introduce a revolutionary feature though. Building on several other successful products BitTorrent Inc. has launched over the years, such as their chat client, a browser and live streaming, it will augment the torrent client with a social layer.

The new Beta will allow users to follow or spy on other downloaders to see what their interests are, complete with hashtags, status updates, and a news feed.

In a few weeks from now, Kim Dotcom is going to unveil his plans for Megaupload 2.0 (MU2) and we expect that it will be awesome.

The new Megaupload promises to be better than its predecessor MEGA, which Dotcom launched four years ago as Megaupload’s first reincarnation, but eventually had to abandon.

However, despite the positive reception of Megaupload 2 there are going to be legal and political issues that will force the New Zealand-based entrepreneur to leave the ship once again. For a good reason though.

Our prediction engine shows that the U.S. Department of Justice will drop the Megaupload case after being exposed by Wikileaks. Soon after, Dotcom will switch his focus to politics with the already announced revival of the Internet Party.

Towards the end of 2017, Kim Dotcom will announce the fourth iteration of Megaupload, called Megaupload+1 (M+1). As expected, it will be better, bolder and braver than the earlier versions.

Don’t believe in any of the above? Look how accurate we were last year! Don’t forget the salt…

from TorrentFreak http://ift.tt/2iCEvDN
via IFTTT
Posted by papampi at 10:48 PM