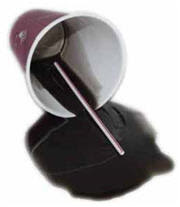 Last year during the Christmas period, pirates got much more than their fair share of festive booty. Screener copies of many of the latest movies appeared online, much to the disappointment of Hollywood.

The group that received much of the credit (or blame, depending on viewpoint) was Hive-CM8. This peer-to-peer release outfit famously released both The Hateful Eight and The Revenant in excellent quality before their theatrical release.

The group promised to deliver 40 screeners but the backlash was so severe that the run was eventually limited to ‘just’ 14 titles, a sum still not improved upon. As recently reported, the latter half of 2016 has been extremely quiet on the screener front overall, prompting many public discussions over whether any will actually appear.

Interestingly, however, Hive-CM8 has just put out a statement which suggests that January might be the month to watch. Alongside a TS (telesync) release of the new Assassins Creed movie, the group notes its absence but expresses eagerness to start leaking screeners again – with some caveats attached. (note: statement edited to fix typos/grammar)

“Yes, still here and kicking, we had to have a break for some time. Bet you are waiting for screeners, yep why not,” Hive-CM8 begin.

“We were definitely not in the mood to make the same mistakes as last year with screeners before Christmas or cinema release date.”

The fact that Hive-CM8 want to tone things down isn’t really a surprise. With last year’s Christmas bonanza still making waves, in late December 2015 the group actually published an apology, noting that releasing movies before their official debut wasn’t acceptable.

That said, Christmas 2016 is now over, and it appears that Hive-CM8 are ready to get going again.

“Now that Christmas holidays have passed we are actually looking forward to getting the dice rolling,” they say.

“We want to get the screeners out safely and securely like every year. Whoever has a screener or knows someone who has one and wants to share privately or in public, just let us know. We are here.” 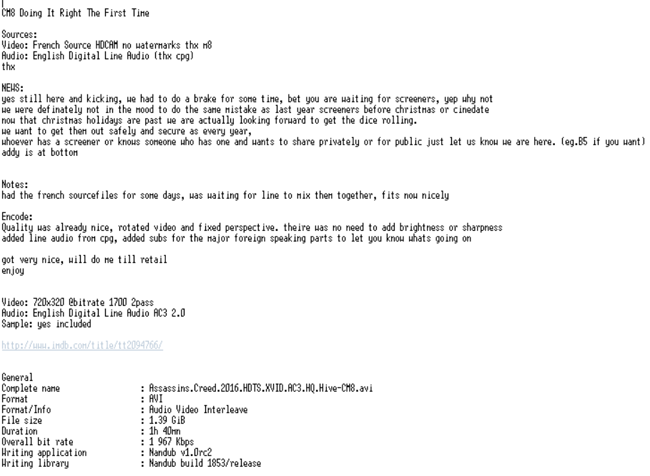 A separate source informs TF that Hive-CM8 already has some screeners in hand but the group itself has not yet responded to our request for comment. Either way, we have a somewhat unique set of circumstances this year.

While studio security was expected to improve following 2015’s debacle, it appears that at least some pirates are consulting their moral compasses before making what could be a potentially damaging release.

Hollywood is likely to be quietly pleased with that result but don’t ever expect them to admit it. Theft is theft, ladies and gentlemen, or so the mantra goes.

from TorrentFreak http://ift.tt/2hvLyQd
via IFTTT
Posted by papampi at 3:02 AM