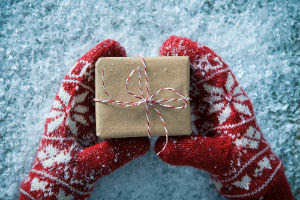 Around this time of the year, Christmas music is hard to escape, including on torrent sites.

While torrents may not be as popular as a few years ago, there are still plenty of people that use torrent sites to get the latest entertainment.

Christmas is a time for sharing, a mantra that suits BitTorrent pirates very well, and that shows. Over the past few days several Christmas compilations have populated Pirate Bay’s list of 100 most-shared music torrents.

At the time of writing ‘The Ultimate Christmas Music Compilation,’ a homemade collection of 300 songs, is the most shared Christmas torrent. The torrent was first uploaded five years ago and is still very much alive.

As can be seen below, more than six hundred people are sharing it at the time of writing. For comparison, late October the same torrent only had a measly thirteen active sharers, barely enough to survive.

It’s that time of the year…

And there’s more Christmas music that moved up the ranks in recent days.

But pirates are not the only ones who are watching torrent sites for Christmas themed music. Music industry groups do too.

They are less appreciative of the sharing culture and have set out numerous ‘Christmas’ takedown requests.

And not just for music either. Takedown requests are also going out for classic Christmas films such as Scrooged (1988) and even the virtually unknown Santa Claws (2014).

Christmas or not, it’s clear that the piracy whack-a-mole doesn’t stop. Pirates continue to share, and rightsholder groups counter this by sharing their takedown request in return.

from TorrentFreak http://ift.tt/2heUeHe
via IFTTT
Posted by papampi at 11:01 AM