In 2012, adult industry businessman Robert King embarked on a mission to destroy the “bad players” of the cyberlocker market. At the time, the Australian told TF that he would stop at nothing to rid the world of their influence.

“In the main file lockers are simply modern-day ‘fences’ of stolen goods. Just like a thief would take a stolen television or car radio to the pub and sell it for a few dollars, there are thousands of people around the world who take copyright content, upload it to an incentivized file locker, then get a few dollars to as much as $30 for 1000 downloads of that content.”

During the months that followed, King became one of the most hated people in the cyberlocker and linking-site sphere. Within three months of the launch of the campaign, King claimed to have shut down payment processing for more than 500 sites.

For almost three more years, controversy continued to build but suddenly, in April 2015, King announced the shutdown of the project, declaring a victory of sorts. Today, however, an ironic situation of head-shaking proportions has emerged. 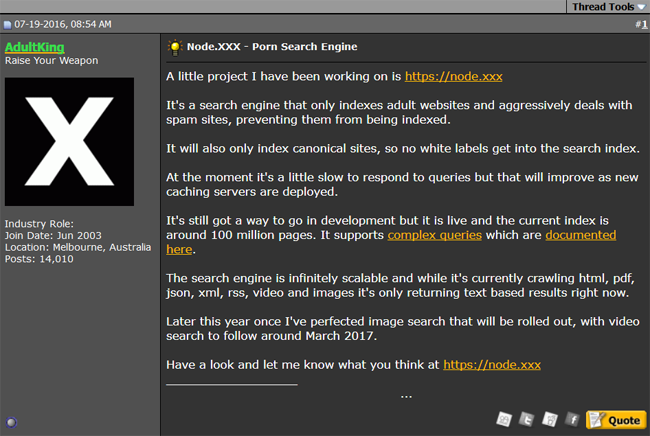 Exactly how Node.xxx started life isn’t clear (Wayback Machine has no archive) but there can be no doubt what purpose it is being put to today. The domain is serving up a fully-fledged pirate streaming link index catering for consumers of every TV show imaginable. Aside from the mere existence of the site, perhaps the greatest irony is to be found in the places where Node.xxx-indexed TV shows are hosted. Yes, of course, they’re all hosted on cyberlocker sites, the same kind of sites King waged war on during his StopFileLockers campaign. 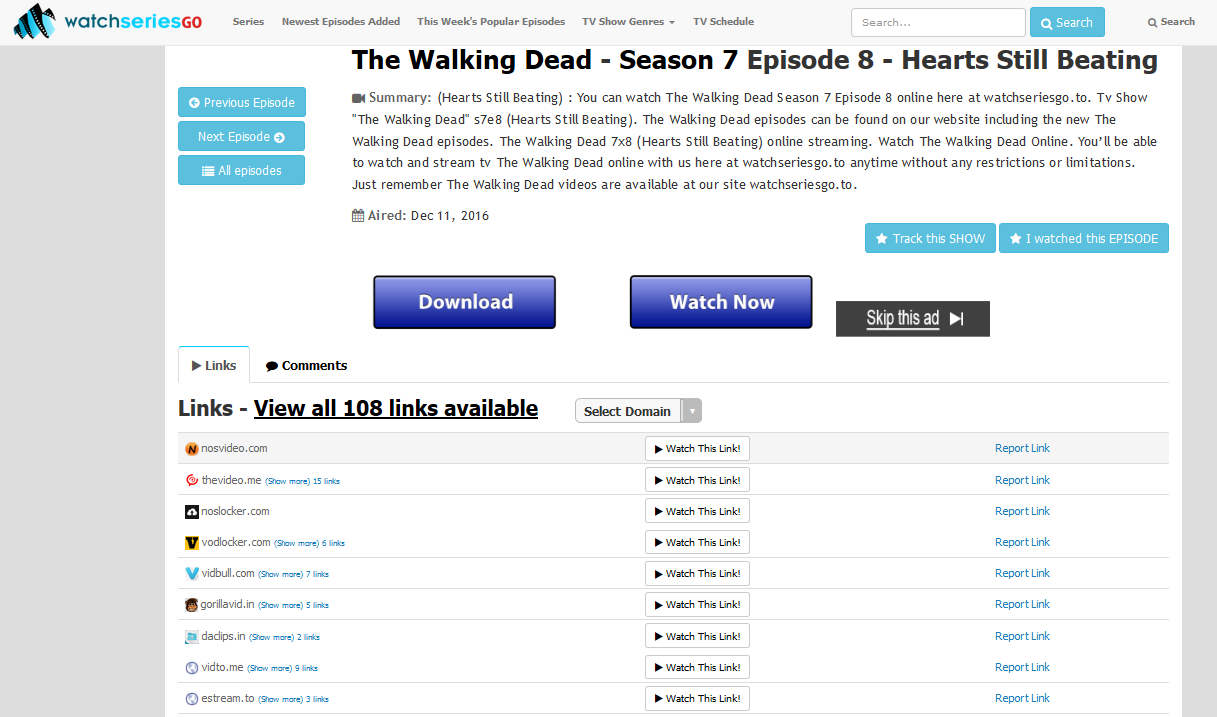 To give a specific example, this page (indexing Gangland Undercover) has a “Click Here to Play” button, which opens up the episode in question which had previously been uploaded to cyberlocker Openload.

For the avoidance of doubt, the Node.xxx domain was registered by AdultKing (backup image here) and uses sales@adultking.co.uk as the contact email.

Domain-wise, however, that’s just the tip of the iceberg (backup) of those owned by AdultKing PTY, with Node.xxx nestled somewhere in the middle of a long list.

A mirror of Node.xxx (which in turn appears to be a clone of watchseriesgo.to) can be found here, should this mystery deepen with the mysterious taking down of the site following the publication of this article.

We’ve asked Robert King for a comment and will update when we receive a response.

from TorrentFreak http://ift.tt/2i7I8UG
via IFTTT
Posted by papampi at 8:13 AM