Australian Govt Agency Digs in Over Fair Use & Geo-Unblocking 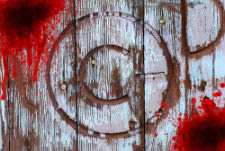 Among the Commission’s recommendations was advice to the government that it should allow citizens to access geo-blocked content in order for them to obtain the best deals on international content.

“Geoblocking results in Australians paying higher prices (often for a lesser or later service) than consumers overseas,” the draft read.

The report also urged the introduction of fair use provisions into local copyright law instead of the current “fair dealing” arrangement.

“Australia’s copyright system has expanded over time, often with no transparent, evidence-based policy analysis demonstrating the need for, or quantum of, new rights. A new system of user rights, including the introduction of a broad, principles-based fair use exception, is needed to help address this imbalance,” the report said.

During the summer, copyright holders fought back, claiming that fair use would have a negative effect on creation. Music group IFPI, for example, warned that fair use would threaten innovation and disadvantage creators while creating legal uncertainty.

“Licensing, not exceptions to copyright, drives innovation. Innovation is best achieved through licensing agreements between content owners and users, including technological innovators,” IFPI said. In December, similar arguments were presented in a new campaign championed by local celebrities.

But in a final inquiry report sent to the government in September and published this week, the Commission’s position remains unmoved.

“Rights holders have argued against the adoption of fair use in Australia. They claim that by design, fair use is imprecise and would create significant legal uncertainty for both rightsholders and users. Initial uncertainty is not a compelling reason to eschew a fair use exception, especially if it serves to preserve poor policy outcomes,” the Commission writes.

“Australia’s current exceptions are themselves subject to legal uncertainty, and evidence suggests that fair use cases, as shown in the US, are more predictable than rights holders argue. Moreover, courts routinely apply principles-based law to new cases, such as in consumer and employment law, updating case law when the circumstances warrant doing so.”

The Commission says that over time, both rightsholders and users will become “increasingly comfortable” when making judgments over what is and is not fair use. In the event that Courts are called on to decide, four factors should be considered.

“Rights holders also argued fair use would significantly reduce their incentives to create and invest in new works, holding up Canada as an example. Some have proclaimed that fair use will equate with ‘free use’, particularly by the education sector. But these concerns are ill-founded and premised on flawed (and self-interested) assumptions,” the Commission writes.

Fair Use recommedation from the Commission

And when it comes to allowing Australians unfettered access to legitimate content, the Commission remains equally unmoved. It notes that prompt access to reasonably priced content is vital in the fight against piracy and the government should change the law to make it clear to consumers that they have the right to obtain content from overseas, should that mean getting a better deal.

“Research consistently demonstrates that timely and cost effective access to
copyright-protected works is the best way for industry to reduce online copyright
infringement. Therefore, in addition to implementing a new exception for fair use, the Commission is recommending making it easier for users to access legitimate copyright-protected content,” the inquiry report reads.

“Studies show Australian consumers systematically pay higher prices for professional software, music, games and e-books than consumers in comparable overseas markets. While some digital savvy consumers are able to avoid these costs (such as through the use of proxy servers and Virtual Private Networks), most pay inflated prices for lower standard services and some will ultimately infringe.

“The Australian Government should make clear that it is not an infringement of Australia’s copyright system for consumers to circumvent geoblocking technology and should avoid international obligations that would preclude such practices,” it adds.

Anti-Geoblocking recommendation from the Commission

from TorrentFreak http://ift.tt/2hu4fRX
via IFTTT
Posted by papampi at 12:29 AM