2016 Was The Year Torrent Giants Fell 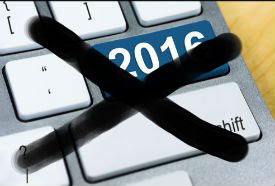 At TorrentFreak we have been keeping a close eye on the torrent ecosystem for more than a decade.

During this time, many sites have closed their doors, either voluntarily or after being forced by a court order.

However, 2016 has been a particularly ‘bad’ year for torrents, after two icons were pushed offline in a matter of weeks last summer. In total, three sites that were among the top ten most popular sites at the start of the year are now gone.

Perhaps just as importantly, with the demise of What.cd one of the largest private torrent trackers vanished as well.

The trouble started in July when Polish law enforcement officers arrested Artem Vaulin, the alleged founder of KickassTorrents (KAT). The arrest was part of a U.S. criminal case which also listed two other men as key players.

At the time, KAT was the most-used torrent site around, so the authorities couldn’t have hit a more prominent target.

The arrests meant the end of the torrent site and up until this day Artem remains in custody at a local hospital. While several KAT copies and mirrors appeared over the past several months, including one operated by original staffers, the original site is still dearly missed by many.

Not long after KickassTorrents went offline, Torrentz.eu decided to close its doors voluntarity. Without prior warning, all torrent listings were removed from the meta-search engine, which was the third largest torrent site at the time.

The site’s operator confirmed the shutdown to TorrentFreak and left its users with the following message: “Torrentz will always love you. Farewell.”

An official explanation for the drastic action was never given, but it’s likely that the trouble at KAT weighed into the decision.

Now, several months later, several copies and proxies have taken over the Torrentz brand. While these have nothing to do with the original site they are serving millions of pageviews a day, with Torrentz2.eu as the clear leader.

TorrentHound is the third site out of last year’s top ten that shut its doors unexpectedly. The site was significantly smaller than the other two, but a home to many regular torrenters.

Initially, the site’s operator gave no official explanation. After a while, however, he confirmed to TorrentFreak that the closure was due to a combination of less revenue and constant pressure from anti-piracy groups.

“It’s a combination of less traffic, less revenue and our bills piling up. Then add on constantly getting bugged by anti-piracy agents, just wasn’t worth the headache anymore,” he said.

The torrent troubles weren’t limited to public sites only. In fact, one of the biggest stories of the year is the shutdown of the world’s most comprehensive library of digital music, the private music tracker What.cd.

The site went offline after several of its servers were raided by the French military police. The local music industry group SACEM confirmed that the law enforcement efforts were part of a criminal investigation which is ongoing.

Soon after the first reports came out, What.cd’s operators shut down the site and deleted crucial data to keep its users safe. In addition, they released a detailed farewell message on Twitter.

“What.CD has completed its shutdown. We are confident that our staff and users are safe. It is with enormous sorrow in our hearts that we must now move on with our lives,” the site’s operators said.

However, music aficionados aren’t easily defeated. Within a matter of days several new trackers appeared online, growing harder than What.cd or its predecessor OiNK ever did.

The above are just a few examples of major sites that have fallen, but it shows that 2016 was a year to remember. At the end of the week we’ll be heading into 2017 and the big question is; where will things go from here?

from TorrentFreak http://ift.tt/2imkJ2m
via IFTTT
Posted by papampi at 11:17 AM