Italy’s Pirate Site Blocklist Expands with Flashx, RARBG and Others 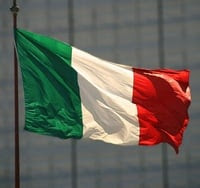 Website blockades are becoming more common throughout Europe, but with a flurry of recent orders Italy takes the crown.

In recent months hundreds of domain names have been added to the nation’s pirate blocklist, based on complaints from a wide range of copyright holders.

An overview of most of the key cases available on the website of local telecoms watchdog AGCOM lists 300 blocked urls alone.

Based on the information provided, AGCOM ordered local ISPs to block access to the site within two days, as required by law.

TorrentFreak spoke to a site operator whose domain name was blocked recently. He says that in absolute terms, the effect is fairly obvious. Italian traffic to the site tanked soon after Internet providers processed the order, as can be seen below.

Still, whether this means that these visitors will stop pirating is less clear. The operator, who prefers not to have his site named, points out that people will simply find ways arount the restrictions.

“These blockades definitely have major effects on site users. Users learn to circumvent them, realizing how stupid their governments are,” the operator informs TorrentFreak.

The effectiveness of the blockades is also put in doubt by academic research. University of Padua professor Giorgio Clemente previously ran a comprehensive analysis, comparing traffic data before and after the Italian blocking measures were implemented.

This research used the same methodology as an earlier MPAA-commissioned study which examined UK blockades. However, instead of merely looking at the blocked domains, Professor Clemente also took domain name changes into account because site operators commonly switch domains to bypass censorship efforts.

With this more complete set of datapoints, he found that Government-sanctioned blockades actually increased traffic to the targeted sites.

“The most important conclusion is that blocking access to websites increases their popularity. In particular, AGCOM helps to advertise pirated works, creating the classic and well-known Streisand effect,” Professor Clemente told TF at the time.

Still, AGCOM and rightsholders are convinced that their actions help people to stay away from pirate sites. In addition to the domains mentioned above, there’s also an application pending against the popular streaming site 123movies, which is the next target to be blocked.

from TorrentFreak http://ift.tt/2muj5NO
via IFTTT
Posted by papampi at 1:06 PM