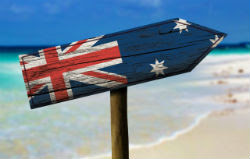 The notion that online service providers should not generally be held liable for the infringing acts of their users is something that has broadly been taken for granted across the United States and Europe.

To keep their immunity, all platforms are expected to respond relatively swiftly to copyright claims, removing content if applicable and dealing with repeat infringers in an appropriate manner, a lesson currently causing problems for ISP Cox in the US.

In Australia, however, the situation is less certain. Due to what some believe amounts to a drafting error in Australia’s implementation of the Australia – US Free Trade Agreement (AUSFTA), so-called safe harbor provisions only apply to commercial Internet service providers.

This means that while local ISPs such as Telstra receive protection from copyright infringement complaints, places like schools, universities, museums, libraries and archives do not. Platforms such as Google, Facebook, and YouTube also face the same potential copyright minefield.

To solve this problem and put Australia on a similar footing to technology companies operating in the United States, proposed amendments to the Copyright Act will see all of the above receiving enhanced safe harbor protections while bringing the country into compliance with AUSFTA.

While technology companies are welcoming the changes, there is significant dissent among artists and other creators. Last October, a coalition of 200 artists including Delta Goodrem and INXS, said that the changes would undermine their work while empowering platforms like Facebook that effectively monetize other people’s content.

But for now, momentum appears to be shifting in favor of the technology platforms. A report in The Australian (paywall) indicates that Prime Minister Malcolm Turnbull has given the safe harbor amendments his support. It won’t be all plain sailing from here, however.

The government is to set up a Senate committee into the copyright amendments to determine whether the amendments will promote piracy as the entertainment industries are warning. The inquiry will launch after the government introduces the Copyright Amendment (Disability Access and Other Measures) Bill into Parliament after March 20.

The Australian suggests that under Schedule 2 of the bill, online platforms would receive immunity for infringing user-uploaded content. However, totally immunity is an unrealistic eventuality that would almost certainly have to be tempered by rules concerning takedowns.

Those details will be examined in-depth as part of the committee inquiry, which will run its course in advance of parliamentary debate and voting.

“The Government has conducted extensive consultation on this proposal including through an exposure draft and is considering the feedback that has been received,” said Communications Minister Mitch Fifield.

“There are highly regarded stakeholders on both sides of the debate. When legislation is introduced, we expect that it would be subject to further scrutiny and industry consultation in the form of a Senate committee inquiry.”

The move towards expanded safe harbor provisions in Australia takes place to a backdrop of a tightening of opinions in both the United States and Europe. The so-called content “value gap” on sites such as YouTube is said to be a product of generous safe harbor, which has led to calls for the DMCA to be tightened and legislative amendments such as Article 13 in Europe.

from TorrentFreak http://ift.tt/2mCKGvQ
via IFTTT
Posted by papampi at 2:51 AM