Demonoid is Still Down, But Not Out 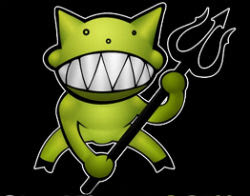 As one of the oldest torrent communities around, Demonoid has run into quite a few rough patches over the years.

The site has established a reputation as the “comeback kid,” due to its tendency to go offline for weeks or even months, and then reappear in full glory as if nothing ever happened.

Over the past weeks, the site has been on a downswing once again. Late January the site went down due to hosting problems and it has remained offline since. While a server migration can take some time, well over a month is quite unusual.

TorrentFreak contacted Demonoid through the official Twitter account and spoke to someone who identified himself as “Deimos,” the site’s original founder.

He informed us that there are some internal issues that caused a problem. According to Deimos, there was some disagreement with the person who handled most of the technical aspects of the operation.

Over the past several weeks both parties tried to come to an agreement but without result, meaning that Deimos has decided to take back control. New hardware is on the way and he hopes that the site will be back online in the near future.

“I hoped things worked out with the person in question, but this doesn’t appear to be an option. So, we ordered some new servers and we are waiting for the arrival, initial setup and whatnot,” Deimos says.

“I gave control to the wrong guys while the problems started, but it’s time to control stuff again.”

When the site returns it will still be hosted on the recent Dnoid.me domain. All user data is safe and intact as well, so the site will make a full comeback just as it has done before.

For now, Demonoid users have no other option than to wait until the site returns. For some, this is easier said than done. While the current Demonoid community is a bit smaller than it was at its height, it’s still a prime location for users who are sharing more obscure content that’s hard to find on public sites.

But then again, Demonoid users are not new to long downtime stretches.

from TorrentFreak http://ift.tt/2moZnDv
via IFTTT
Posted by papampi at 2:13 AM