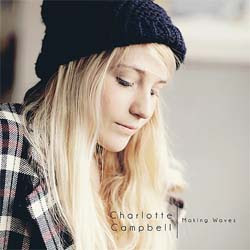 For millions of people around the globe, Facebook is the platform of choice for keeping in contact with family and friends. For artists and other creators, it’s a great way of raising a profile and reaching out more personally to fans.

With two crowd-sourced albums under her belt, UK-based full-time busker Charlotte Campbell is regularly in touch with the public through performances on the London Underground. She also uses Facebook to keep up with fans, but a few days ago her entire experience came to an abrupt halt after she was banned from the platform.

Charlotte’s crime was to post a 15-second snippet of her cover of Ed Sheeran’s song Castle On The Hill, together with a link to the full track on her YouTube channel.

“I love Ed Sheeran’s music and always cover his songs for my busking repertoire,” Charlotte informs TorrentFreak. “I find them easy to learn because I play them on repeat at home so I know all the lyrics by heart.”

However, the musician’s tribute would land her in hot water after being flagged as copyright infringement by Sheeran’s record label Atlantic/Warner. Charlotte was informed that she’d been banned from her own Facebook page for the next three days. If she did it again, she’d be banned forever, Facebook warned.

“I had no prior warning or previous offences to my knowledge. Doesn’t sound like much but for an independent musician making my living from music, Facebook is my primary promotional tool and I’m already struggling to get heard, it was quite deflating,” Charlotte adds.

Charlotte says that it’s taken her months of daily work on Facebook and YouTube to get her videos seen by a regular 10,000 people, so the three-day ban felt like a lifetime to her.

But while Charlotte’s reach is currently pretty modest by Sheeran’s standards, something magical happened yesterday afternoon. It could raise the singer’s profile in a way she could never have predicted.

After Charlotte was banned from Facebook, some of her fans took to Ed Sheeran fansites to complain that after paying tribute to the star, Charlotte’s reward was to lose her voice online. Amazingly, word reached Sheeran himself, who dropped in on Charlotte’s Facebook page to give his support.

“Just seen your video, [the ban] definitely has nothing to do with me. I bloody love seeing people cover my songs. One of the best things I get out of this job is seeing other people find enjoyment too,” Sheeran wrote.

“I asked what’s gone on and apparently it’s a bot that Warner have that works on some weird algorithm (I have no idea what that means) but it’s just bad luck that it was your video,” he explained.

While popping by to offer support is great, Sheeran went a step further, promising to sort out the problem with those concerned.

“I’ve had a word, and i’ll get it sorted. Sorry again. Keep doing what you do, tis ace,” he said.

That Sheeran took the time to get involved in this issue came as a big but welcome surprise to Charlotte.

“I’m not sure I’ve really processed it, to be honest, I still feel like I’m dreaming!” she tells TF.

“I felt so relieved that it wasn’t Ed Sheeran who had personally rejected my cover! And it really restored my faith in humanity and in Ed himself.”

While it’s commendable that Sheeran got involved, people shouldn’t be too surprised. The artist is on record saying that copyright infringement helped shoot him to stardom, so a cover version won’t be of any concern to him.

“Illegal file sharing was what made me. It was students in England going to university, sharing my songs with each other,” he recently told CBS.

Of course, it’s disappointing that Charlotte has had to suffer at the hands of Warner’s cruel copyright bots. Ironically, though, this whole episode is now set to raise her profile, hopefully by a lot.

“I really had no idea that Ed would see my video about this so I couldn’t have dreamed that anything would come of it. Now I guess I hope that I’ll be on Ed Sheeran’s radar and next time he’s looking for a support act I’ll pop into his mind. Or at the least he’ll pop by my busking spot one day and join me for a duet!” Charlotte concludes.

If the rumors are correct, Sheeran may well be headlining the Glastonbury Festival this summer and that Pyramid Stage is awfully big for just one person. We know someone who’s probably free that day…..

from TorrentFreak http://ift.tt/2mauAGZ
via IFTTT
Posted by papampi at 5:05 AM