Anti-piracy measures come in many different flavors but are often characterized by aggressive and sometimes counter-productive execution. That being said, there are other ways.

A great example has just got underway in Costa Rica where local film distributor Romaly has employed an extremely creative tactic to reach out to would-be pirates.

Their work can be seen over at LegalTorrents.net, a site that has clearly been modeled on one of the most famous torrent indexes ever. As the screenshot below shows, it is a semi-convincing KickassTorrents clone with a similar logo, color scheme and word cloud. 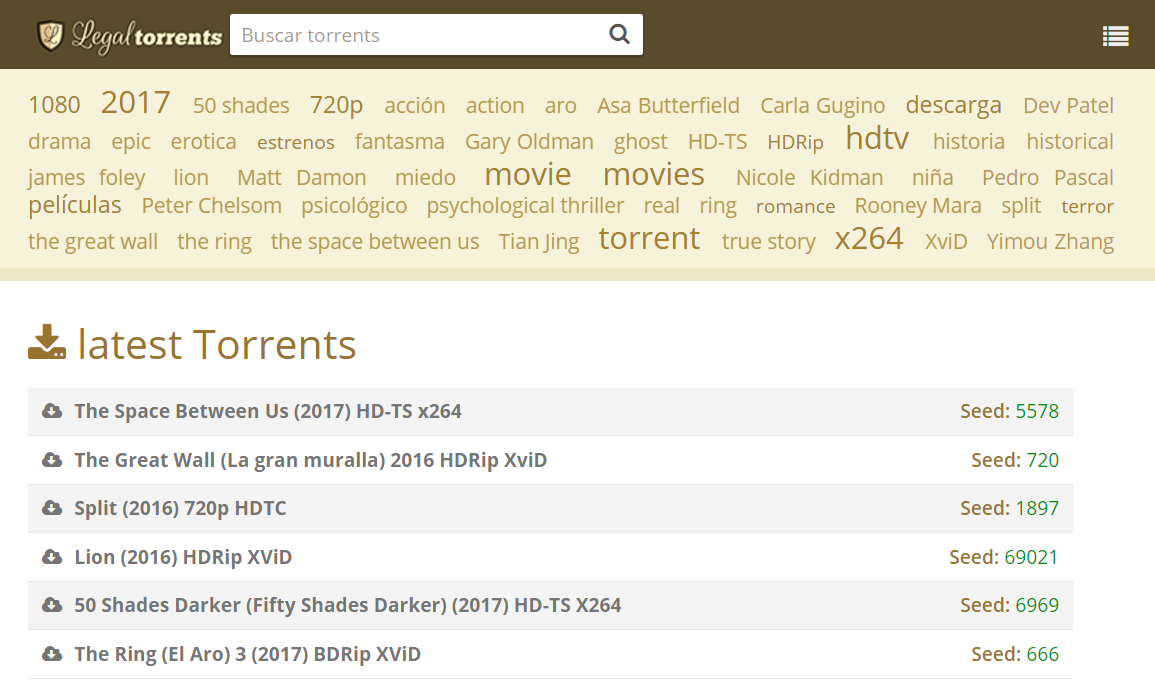 Clicking on a torrent opens up an information page (such as this one for ‘Split) which provides images, an IMDb rating, and the all-important download (descargar) button. There’s even a feature for magnet links. However, on this site, nothing is quite how it seems.

While the torrents do actually exist, they do not contain the movies in question. Once downloaded and opened they play a short trailer of the relevant movie followed by a message explaining how piracy affects the industry.

Fake torrents are nothing new so at this point, most pirates would probably find themselves getting very annoyed at having been duped and then lectured. However, these particular fake torrents are really quite special as they contain an email address that downloaders can use to get two free cinema tickets for the movie they tried to download.

“With the creation of our own torrent download page we seek to approach all those who try to carry out this type of illegal action and create awareness on the subject through positive reinforcement,” says Alonso Solís, marketing manager of Romaly.

“By providing tickets we want you to remember that cinema is an experience that goes beyond a computer. In the cinema, people enjoy an entertainment space that allows them to get rid of their occupations and dedicate one or two hours to themselves.”

In contrast to some of the other anti-piracy efforts that have done the rounds over the years, this one is definitely one of the more creative we’ve seen. Sadly, however, there are some serious problems with its execution.

TorrentFreak naturally wanted to test out the whole thing, from visiting the site, to obtaining the torrent, through to potentially winning some tickets (which we would give back or give away, of course). Disappointingly, the plan failed at the most crucial stage.

After collecting magnet links for every download currently available, we dropped them into a torrent client to test the goods but every single one failed. It appears that during our testing period, perhaps longer, whoever was supposed to be seeding the ‘releases’ neglected to do so.

While the idea for this scheme was a good one, possibly great, the execution leaves a lot to be desired. If there’s one thing a torrenting movie fan appreciates other than a free movie or free tickets, it’s someone who’s prepared to seed. Anything less is a letdown.

from TorrentFreak http://ift.tt/2mI7HPo
via IFTTT
Posted by papampi at 11:31 AM