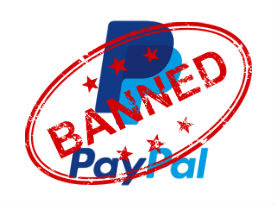 PlayerUnknown’s Battlegrounds (PUBG) is without a doubt one of hottest games at the moment.

It has been a goldmine for PUBG Corporation, one that it protects with tooth and nail, in the courtroom and beyond.

Earlier this year several Chinese people were arrested for their alleged involvement with cheats, for example. But the problem is so widespread that traditional law enforcement efforts are not enough for the company.

This week, someone involved with a prominent game cheating service informed TorrentFreak that PUBG is directly going after its financial resources. The site, which prefers to remain unnamed in public, lost its PayPal account following a copyright complaint.

“We have been with PayPal for 12 years selling undetected cheats for multiplayer games but they have decided to lock our accounts and freeze our assets for 180 days,” the source tells us.

The accompanying email from PayPal specifically mentioned PUBG as the source of this ban. According to the payment provider, the alleged copyright infringement violates its terms of service.

“We are contacting you as we have received a report that your website [redacted] is currently infringing upon the intellectual property of PUBG Corporation. Such infringement also violates PayPal’s Acceptable Use Policy,” PayPal’s email read.

The cheat provider, who says that several of its resellers were arrested in the Chinese law enforcement actions earlier, clearly sees the tide changing. Selling cheats is more and more being framed as a criminal activity.

PUBG’s actions are part of a large attack on cheaters, which also involves the companies behind other popular titles such as Fortnite and GTA V. While the approaches differ, they all use copyright infringement claims as part of their strategy.

Our source says that after the PayPal ban, its customers are now required to pay with cryptocurrency. While most are not too happy about this, sales are reported to have increased.

“Interestingly, while many of our customers complain that we don’t support PayPal they all sign up at Coinbase, Kraken and BitPay to be able to buy our products,” the source mentioned.

“At this rate, we are converting about 7,000 to 9,000 gamers every month to CryptoCurrency. The BitCoin Community should thank PayPal for this boost – it appears that other websites had similar issues and are now only selling through cryptocurrency.”

Interestingly, several developers also noticed that PUBG is actively scanning for data on their local machines, uploading content back to their servers. It appears that the company may be gathering more information on cheat developers this way, but this claim has not been substantiated thus far.

from TorrentFreak https://ift.tt/2OQ9T50
via IFTTT
Posted by papampi at 11:43 AM