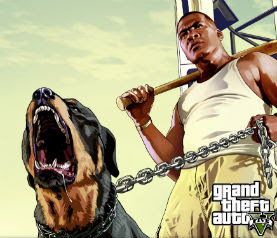 Over the past year there has been a wave of copyright infringement lawsuits against alleged cheaters or cheat makers.

More than a handful have been filed in the US, but there’s also been some action in Australia recently.

In one case, filed last month, GTA V developer Rockstar Games and its parent company Take-Two Interactive are going after several people believed to be linked to the popular “Infamous” cheat.

This lawsuit is notable because the Federal Court of Australia has signed off on several broad enforcement actions. Not only are the defendants restrained from any cheating related activity, they are also the subject of a search and assets freezing order.

The orders are issued against the person or persons known as Christopher Anderson, Cycus Lesser, Sfinktah, Koroush Anderson, and Koroush Jeddian. Per the court’s order, all are prohibited from cheating and can be imprisoned if they refuse to comply. 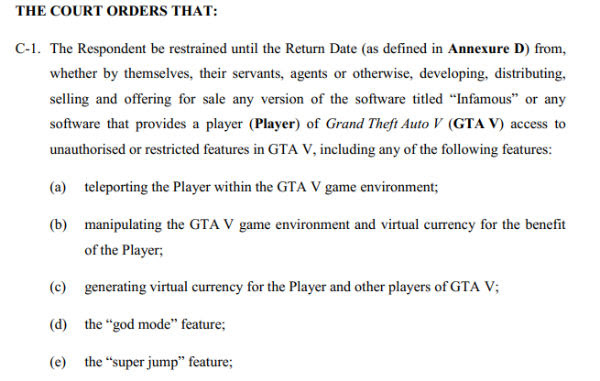 The associated search order identifies two Melbourne premises. It allows a search party to enter the buildings and search, copy, or remove relevant evidence including any computer, electronic storage device, or documents related to “Infamous.” Any cars that are located at these locations can also be searched.

In addition to the search order, the Federal Court also issued a freezing order preventing the defendants from taking out more money than needed for regular expenses.

“You must not remove from Australia or in any way dispose of, deal with or diminish the value of any of your assets in Australia (Australian assets) up to the unencumbered value of AU$286,609.80 (the Relevant Amount),” the order states.

This freezing order also applies to any cryptocurrency and other digital currency, including the money stored in the PayPal account that’s assigned to “Christopher Anderson.”

It is likely that Rockstar Games and Take-Two Interactive will try to obtain copyright infringement related damages, and with the freezing order they can make sure that the money isn’t spent beforehand.

The orders in question were initially not disclosed, but that restriction has now been lifted. From the information we have available the searches were carried out late last month. In a follow-up order, the federal court ruled that the freezing and other orders should remain in place for now.

The defendant(s) have yet to file a defense, which is expected later this month. Whatever the outcome, these orders and actions reveal that GTA V’s developer and its parent company are taking cheating rather seriously.

An overview of the various orders is available here (pdf).

from TorrentFreak https://ift.tt/2QPxhg4
via IFTTT
Posted by papampi at 1:38 PM