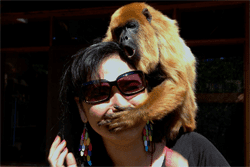 It’s impossible to say how many lawyers have been deployed to shut down piracy-related projects over the years. Dozens would be a conservative estimate but just one beating down the door can be an intimidating experience.

In the early 2000s and for at least the next decade and beyond, many efforts to shut down pirate sites and services were accompanied by triumphant press releases. Arrests, court appearances, and usually negative verdicts against pirates became a rallying point for the content industries, with the head-on-a-pike deterrent proving a valuable tool in the propaganda wars.

Last year, however, a new tactic appeared to gain momentum. In addition to strategic publicized cases against larger-scale infringers, a steady undercurrent of threats became evident in the Kodi addon and pirate application community. Rather than breaking down doors, content owners approached developers quietly, warning that shutting down is the only real way to avoid punishing legal action.

Most of the approaches were made by the Alliance for Creativity and Entertainment (ACE), the global anti-piracy coalition made up of 30 of the world’s most powerful entertainment companies. This fact has been made public by a number of developers, with some publishing correspondence on the web.

Many others, however, simply announced their retirement and disappeared, often around the same time that other developers took the same course of action. When approached for comment most refused to offer details but it’s clear that decisions weren’t being made freely. It won’t come as a surprise to learn that many, in exchange for not having their lives ruined, agreed to take a vow of silence.

After collating information from a number of sources, we can now reveal some of the tactics being used against developers involved in ‘pirate’ projects.

While the details vary from case to case, most approaches begin with a detailed overview of the project the developer is involved in and various laws that ACE believe are being broken. This is followed up with details of a multi-point settlement deal which can potentially see the developer exit with a minimum of costs.

As previously reported, some of the terms are fairly unpalatable, including an agreement to report on associates and colleagues involved in the project and associated projects. We have no idea whether anyone targeted has done so but we know the settlement agreement contains such clauses. However, aside from ending all infringing activities, the number one insistence is that recipients keep their mouths firmly shut.

In order to protect those who have disclosed information to TF, we aren’t publishing direct quotes from the settlement agreements. However, we can disclose that those entering settlements are forbidden from speaking to anyone (apart from their legal advisors) about the contents of the agreement, but it goes further than that.

Those targeted are expressly forbidden from telling anyone that they have even been contacted or that discussions are taking place, something that really isolates people seeking to receive external help and advice.

Furthermore, if the recipient’s case is discussed with ACE at all, no information – whether spoken or in written form – can be revealed to any third-party (outside legal counsel). As far as we can see from the documents available, this means they aren’t even allowed to discuss the terms with a close friend or family member.

However, in return for their full cooperation, it appears that ACE will keep their identities a secret. If announcements to the press are made (which thus far hasn’t been the coalition’s modus operandi), ACE has told those who sign agreements that they won’t be named or identified in other ways.

With this background, it’s not difficult to see why developers are choosing to shut down their projects and disappear quietly. While some will find the terms of ACE’s settlement agreement difficult, it’s undoubtedly better than the alternative. With billions of dollars up their collective sleeves, ACE members have unlimited access to legal weaponry and could drain the average person’s finances in a matter of months in legal fees alone.

Quite why ACE has chosen to act against developers so quietly isn’t clear but given that most of their targets thus far have been bedroom-based Joe Publics, it’s possible that the “30 Goliaths versus David” imagery is something some its members would prefer not to be associated with.

Finally, users worried by a potential hand over of information to authorities as highlighted by the Terrarium TV case this week (note: we have no confirmation that ACE was involved) shouldn’t be surprised when developers act to save their own skin. Privacy and security is the user’s own responsibility and in the Wild West of piracy, anything can happen.

from TorrentFreak https://ift.tt/2OIr0lP
via IFTTT
Posted by papampi at 12:20 PM