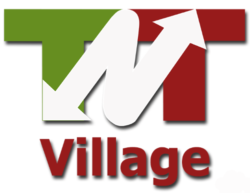 While dozens of torrents sites have come and gone over the years, TNTVillage has managed to stay online for more than a decade. Focused on the Italian market, the site had a clear mission.

TNTVillage was created in 2005 to offer Italians, especially those living abroad, an opportunity to maintain access to “culture, art and intellectual works” via non-profit sharing using peer-to-peer networks.

“The main aim of this site was to highlight the now obsolete copyright law, which, due to the long duration of the protection of these rights, turns out to be a brake on culture and the spread of knowledge,” an early statement from its operators reads.

“Therefore, a drastic reduction of these ‘guarantee times’ is essential to ensure that some works can be freely disseminated, both for cultural purposes but also more simply for hedonistic purposes.”

TNTVillage’s operators sought a change in the law to free up access to content, particularly material that may have been forgotten or not made available at all, yet still subject to restrictions due to copyright terms.

However, TNTVillage set its own boundaries, ones which prevented the site from making content available in the months following its initial release, in order to respect the right of creators to make a living.

Now, however, TNTVillage is under intense legal pressure after a group of media and publishing companies filed a complaint against the platform at the Tribunale di Milano (Court of Milan).

Among the complainants are the Italian Publishers Association, Federation for the Protection of Audiovisual and Multimedia Content (FAPAV), Edi. Ermes (scientific publisher), Eagle Pictures (Italian film distribution and production company), plus at least eight other companies and groups.

Their complaint targets Associazione Scambio Etico (Ethical Exchange Association), the Italian association connected to TNTVillage that has long campaigned for the freedom to share knowledge. It also names Luigi Di Liberto, the operator of TNTVillage, who is believed to be around 65-years-old.

Di Liberto posted the complaint himself on Facebook some weeks ago but since TNTVillage has seemingly remained up without significant interruption, the news is only now filtering through. 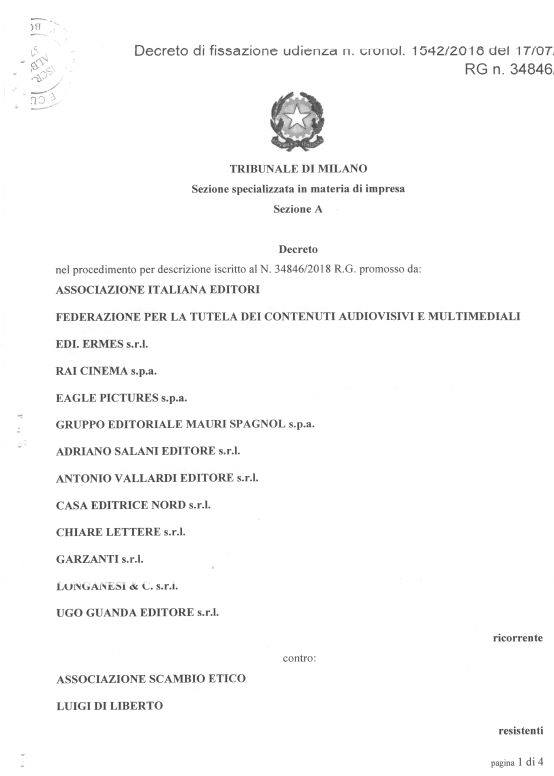 The heavyweight companies behind the complaint claim that TNTVillage uses BitTorrent technology to spread their copyrighted works between members of the site, something which infringes their rights and damages their business.

According to photographs posted by Di Liberto to Facebook, authorities visited what appears to be Di Liberto’s home, carrying out a search and examining and copying the contents of his computer hard drive. 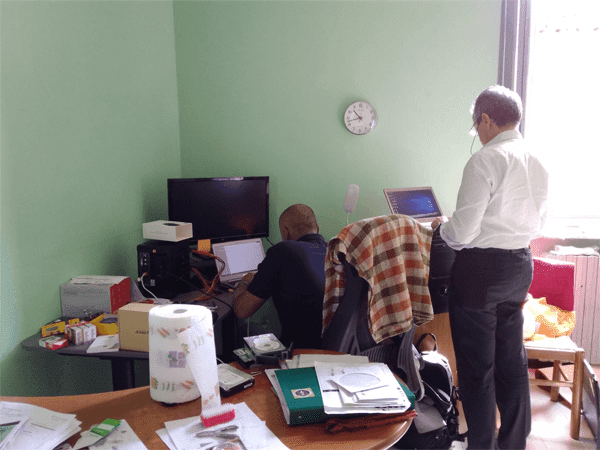 Quite how this situation will now play out isn’t yet clear. Legal wheels can turn slowly and in some cases, don’t actually result in any progress, as the history of TNTVillage shows.

Back in 2006, authorities seized the site’s server but more than a year later it was returned, with no legal action taken against its operators. Only time will tell if this action in 2018 will have a different outcome but meanwhile, there is some fallout.

On August 31, fellow Italian platform TNTRip announced that following TNTVillage’s problems, it would be closing its doors.

“As a precautionary measure, given the bad time TNTVillage is passing, TNTRip will remain offline until further notice,” its statement reads.

“At the moment we can not provide a service that guarantees complete safety for both the provider and those who use it. We trust that you the users will understand why, while we are all waiting for new developments.”

Finally, while TNTVillage is undoubtedly involved in the spread of copyrighted content, nine years ago the site itself experienced its own data being shared in public.

In July 2009, around 50,000 usernames, passwords and email addresses belonging to site members were uploaded to various torrent sites after the site was hacked.

from TorrentFreak https://ift.tt/2oG5HWt
via IFTTT
Posted by papampi at 2:39 AM