Pirate IPTV Investigation Leads to Two Arrests in the UK 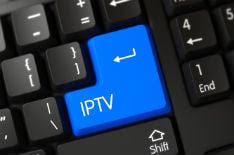 Illegal IPTV services can be found all over the world but if recent investigations are an accurate barometer, several countries in the European Union are hotter locations than most.

While Spain, Bulgaria and the Netherlands have all seen raids or arrests, it is the UK that keeps featuring regularly in IPTV investigations. This week is no exception.

Following an investigation and referral by the Federation Against Copyright Theft, two people were arrested yesterday in connection with the unauthorized streaming of TV broadcasts.

Local media reports that a 41-year-old man and a 30-year-old woman were arrested under suspicion of offenses under the Copyright, Designs and Patents Act 1988 and money laundering.

“Providing copyright material such as that from Sky or BT Sport, brings a significant loss to legitimate businesses – this is illegal and I would urge residents to be careful when they are signing up to subscription services from third parties as it is also illegal to watch,” Hampshire County councilor Roy Perry said in a statement.

“It is possible to trace this type of online activity, and we will continue to investigate and pursue those involved in illegal streaming of copyright television as it threatens the livelihoods of those working legitimately in the industry and the wider UK economy.”

The arrests stem from a year-long multi-agency investigation, initiated by the Federation Against Copyright Theft, which identified pirate IPTV suppliers in the UK. Portsmouth.co.uk adds that yesterday’s arrests are part of a wider investigation coordinated by Europol, which has already led to warrants in South Ireland and Scotland.

Investigations involving Trading Standards are relatively rare in the UK but not unheard of (1,2). Perhaps the most notable was the prosecution of modded Kodi box seller Brian ‘Tomo’ Thompson who was handed a suspended sentence in 2017.

from TorrentFreak https://ift.tt/2N3e2SV
via IFTTT
Posted by papampi at 11:36 PM