Pirates are an inventive bunch and they can get quite creative when it comes to hosting.

But, finding a copy of the popular torrent site 1337x on a prominent domain such as NYC.com doesn’t happen very often.

This is exactly what we stumbled upon this week. The site, which helps people to find the latest hotel and entertainment deals in New York, has been operational since 1996. For some reason, however, it recently expanded into the torrent business.

The ‘secret’ torrent site is hosted on the site’s subdomain “cdn.nyc.com.” It’s unlikely that this is intentional, the more logical explanation would be that an old content delivery network (CDN) domain entry has been breached somehow.

The result is that the NYC.com domain now hosts thousands of pages linking to infringing content. This is not something most legitimate companies would like to happen. 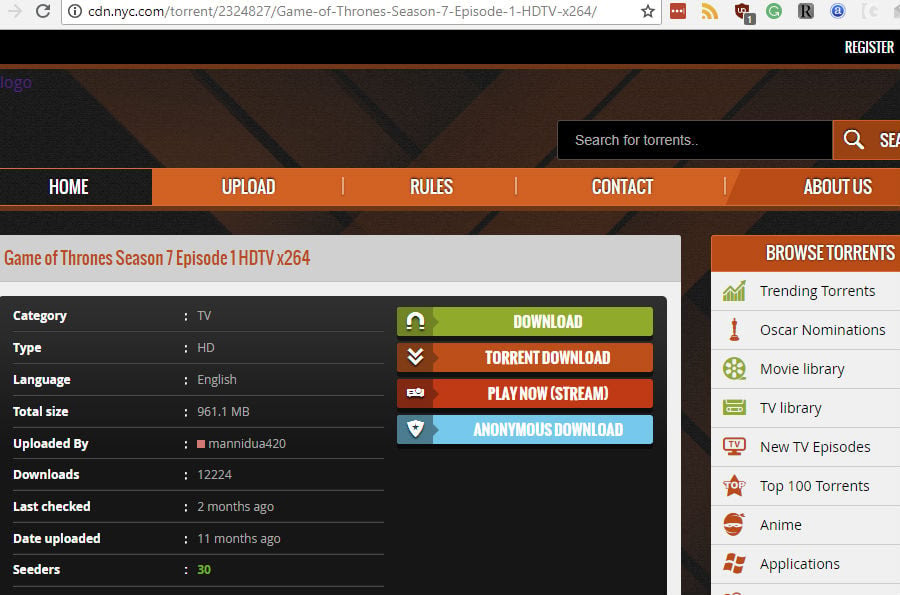 From what we can see the entire cdn.nyc.com subdomain is now being used as a torrent site. The NYC site itself still uses a CDN as well, but this is now served from static.nyc.com.

While the ‘breach’ has escaped the attention of the people who manage the site, it hasn’t gone unnoticed to various copyright holders.

The first takedown notices started coming in early June. Since then, more than 1,000 URLs have been reported. Whether any of these companies reached out to NYC.com directly is unknown.

TorrentFreak alerted the site’s owners to the issue but at the time of publication, we have yet to hear back.

from TorrentFreak https://ift.tt/2KwKISN
via IFTTT
Posted by papampi at 1:31 PM